"Make love, not war." That's all that Dusan Makavejev was trying to say in this cinematic treatise about the revolutionary power of orgasms, which was banned in his native Yugoslavia and led to his exile from the country. To him, the orgasm could be just as useful in communist Yugoslavia as in the capitalist, freedom-loving, commie-hating USA. W.R. seems like the type of movie that could have been an underground hit with the American hippie counterculture of its era, but maybe their idea of "free love" was less radical and intellectual than what Makavejev sets forth in this film.

Still, that’s not to suggest that the ideas were all Makavejev's own. Much of that credit is due to the titular "W.R.," the psychoanalyst and philosopher William Reich, one of Sigmund Freud's early assistants. Later in life, having emigrated to the US to escape the Nazis, Reich explored the science behind orgasms in pursuit of human liberation. Initially viewed as an eccentric but serious scientist in his adopted small-town community of Maine, a shift in opinions caused him to be labelled as a communist and sentenced to prison--with the US government ordering all of his books to be burned. 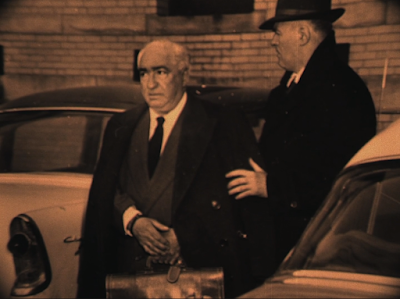 The first section of W.R. is primarily a pseudo-documentary tribute to Reich. His wife, scientists continuing his work in secret, and members of the community where he lived in Maine are all interviewed. The interviews are preceded by a pastoral sex scene seen through a kaleidoscope, with a female narrator enthusiastically proclaiming William Reich as a communist hero. But then we find that he wasn't a communist. Or at least, in a series of archival montages, we see the difference between the repressed Soviet version of communism espoused by Joseph Stalin and Reichian ideas of human liberation through free love and elimination of physical tension. 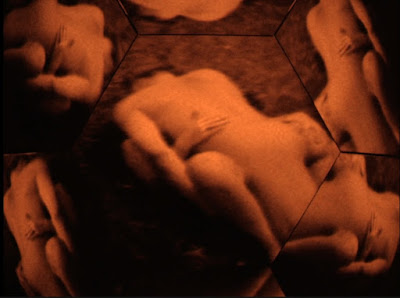 From here on, Makavejev shifts his focus from William Reich to Yugoslavia, where a fiery young woman named Milena sermonizes about the orgasm's potential benefits for communist society in a roaring balcony speech that mocks pontificating politicians as much as it mimics them. Ironically, at the time of her speech, her roommate is making passionate love to a Communist soldier, while she is alone, having been spurned by a self-righteous boyfriend. So she decides to pursue a decorated Russian figure skater and sexually frigid model Communist, subtly named Vladimir Ilyich. When he eventually succumbs to her, she winds up with her head on a platter - literally - although she still has a thing or two to say about the sorry state of affairs that led to her untimely demise. 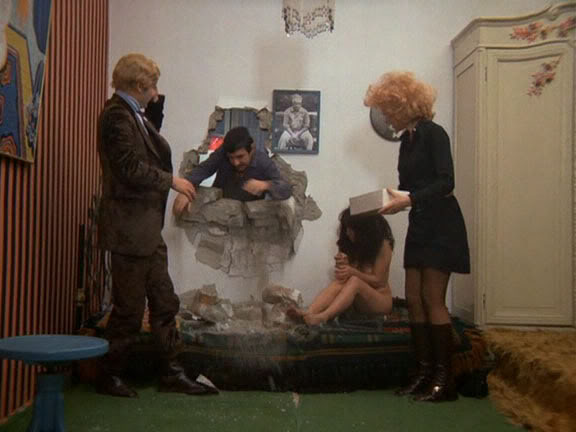 In between, Makavejev occasionally cuts away to New York, where Tuli Kupferberg, lead singer of the underground band The Fugs, is seen roaming around New York in a tattered guerilla uniform carrying a toy machine gun. There are also interviews with one of Andy Warhol's superstars, the drag queen and actress Jackie Curtis, as well as rare documentary footage of a porn magnate having a plastic model made of his penis. Make no mistake about it, this is a true underground film. But it has a lot of period footage that makes interesting from a historical standpoint, as do its unique observations on the connections between sex and politics, not to mention the similarities between Soviet communism and American capitalism - a daring comparison to make during the height of the Cold War. To Dusan Makavejev, it's all fascism - but seen through his kaleidoscopic lens, it comes out fractured and brilliant, like shards of light illuminating the darkness of a world gone mad.