I've been chasing this one for awhile, and it was worth the wait. A torrid story of love in a world of criminals set in 19th-century Paris, Jacques Becker's Casque d'or is as romantic as it is brutally direct - much like a slap to the face between two lovers, the likes of which are seen repeatedly throughout this film. It's a potent work of romantic tragedy - the romance is fragile, the people in it are hopelessly flawed, and the world around them is harsh and unforgiving. Simone Signoret's captivating performance as Marie, the woman who inspires the awe and desire of all the low-class hoods she surrounds herself with, is certainly worthy of recognition, but every performance in this film creates an impression. Of particular note is Serge Reggiani, who plays the ex-con carpenter who Marie falls in love with. His performance is much more stoic and less outwardly heated than Signoret's, but he radiates passion and fatalistic cool in his performance as the doomed Manda. 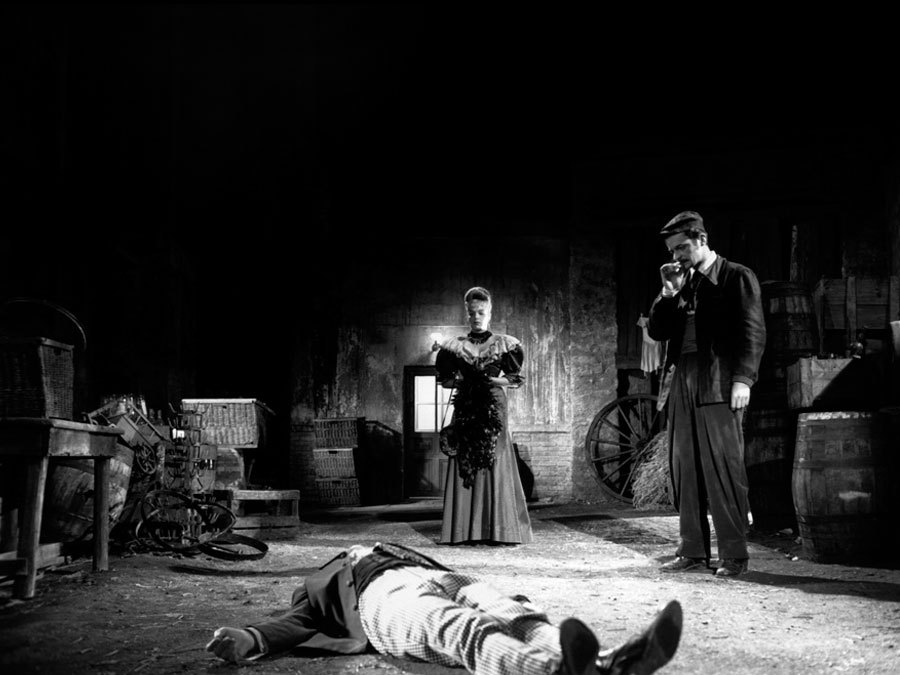 In this world of petty corruption, double crosses, and crimes of passion, where criminals escape from the law with ease in horse-drawn cabs and meet their deaths just as easily, where love is summed up in a brief instant by the river and a night in a rustic cottage far away from the town, love takes on a universal meaning and everything surrounding it takes on a note of tragedy. The tragedy is inescapable, but the romance which fueled it was worth the risk. Clearly, the world which Jacques Becker created in Casque d'or is itself a product of a bygone era. These concepts and visions could not be portrayed so directly and beautifully today. 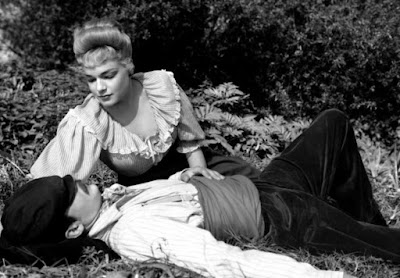