Triumph of the Will (1935, Leni Riefenstahl)

Roger Ebert said of Triumph of the Will, "It is a terrible film, paralyzingly dull, simpleminded, overlong and not even "manipulative," because it is too clumsy to manipulate anyone but a true believer." This is true. For years, I have avoided Triumph of the Will, not wanting to become a spectator of a Nazi rally filled with Adolf Hitler's impassioned speeches. For years, I have also heard that, like Birth of a Nation, Triumph of the Will is a despicable great film - admirable for its artistic achievements, but not its content. And you could definitely make a case for this. Leni Riefenstahl was one of the first filmmakers to capture an event attended by almost a million people, which she did with grandiose arrangements of human beings and technical feats of wonder. 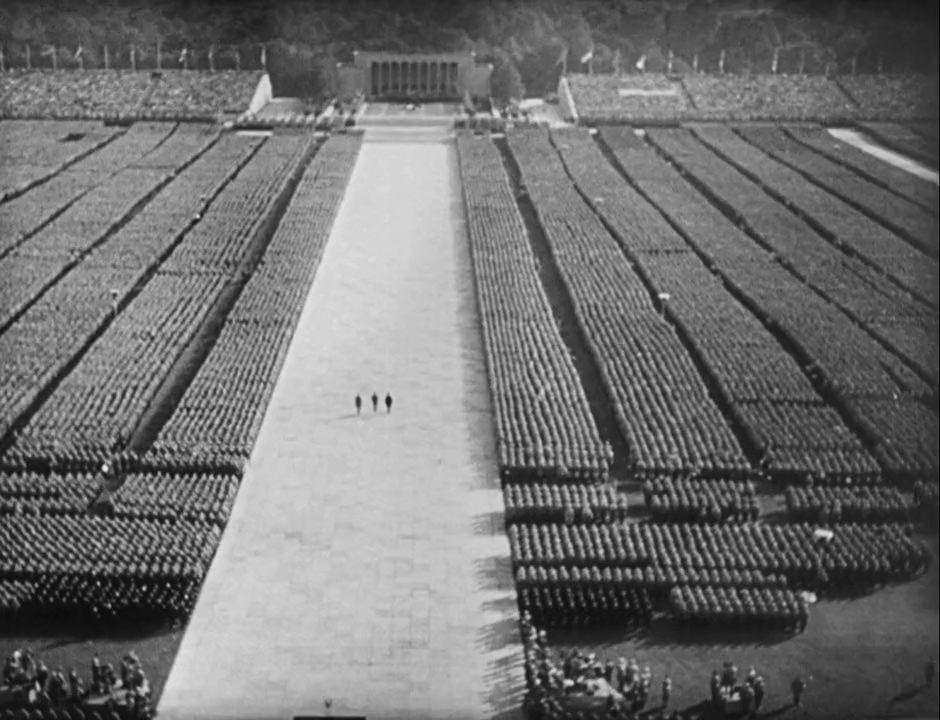 That Triumph of the Will is technically impressive was not a surprise to me. However, in listening to the words of Adolf Hitler and other luminaries of the Third Reich over the course of this painfully long film (less a documentary than a mechanical record of a mass gathering), I made another unexpected discovery. The evil on display in this film is utterly banal and ordinary - difficult to watch not because it's inherently horrifying, but because it's downright boring. Being that this film covers the 1934 Nuremberg rally, well before the dawn of World War II in Europe, outright hints of evil are few and far between here. Hitler's speeches are largely optimistic and filled with bombastic platitudes - about the possibility of the future, the new rights that he intends to give to the formerly dispossessed, equal opportunities for all Germans, and Germany for Germans first. Only in his closing speech does Hitler begin to hint at his plans for "getting rid" of undesirable elements in order to purify the Nazi Party and therefore create a perfect, unified Germany. 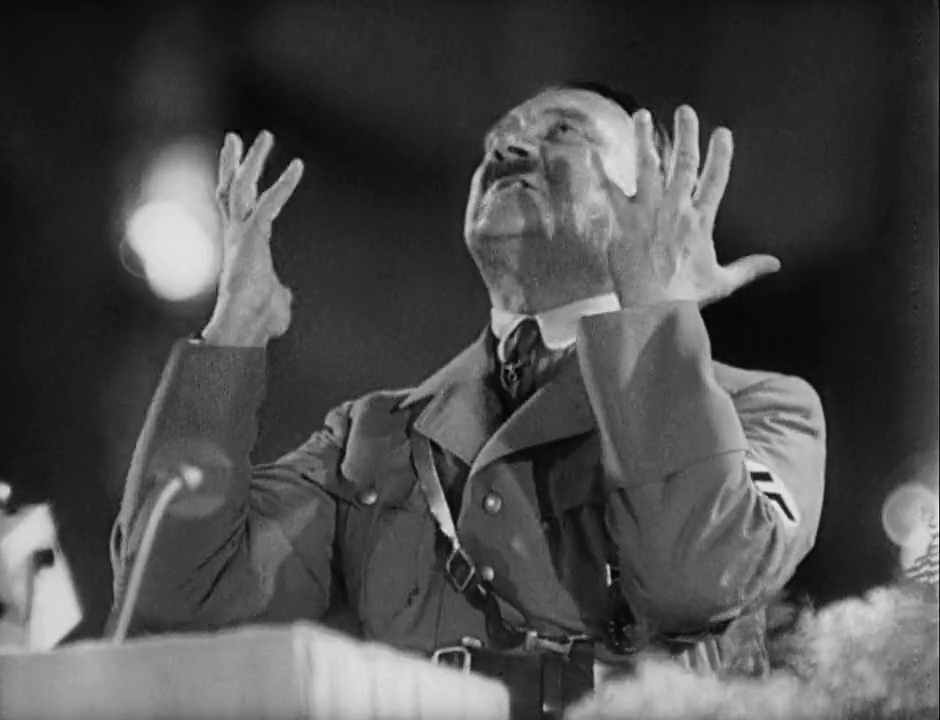 These speeches are interesting to the extent that their sentiments are quite similar to those given by certain other politicians in the 75 years since the rally took place. But all of the spectacular crowd shots and historical value aside, there is not much more to Triumph of the Will than a lot of speeches and parades. Hitler and the Nazi Party may have attracted a lot of followers, but they did it by winning over popular opinion with a pretty simple and easy-to-digest political platform. There are a few sequences here that will take your breath away, along with some innovative imagery that certainly made an influence on that uniquely postwar brand of propaganda: TV commercials. Otherwise I have to agree with Ebert. This is no Eisenstein film that will make you want to rally around the Bolsheviks even if you don't know what their revolution was all about. It's not much more than a technically impressive political advertisement - well-made, but not likely to convince anyone not already a supporter. And it's way too long.