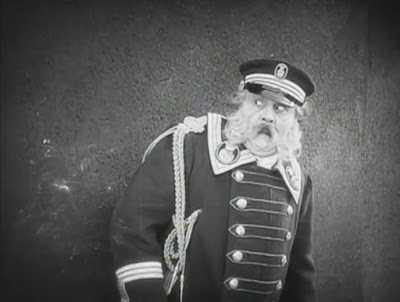 For someone who is used to watching silent films, there is something instantly stands out during the opening scenes of The Last Laugh. The characters move around, bustling and worrying in the rain. Sometimes they talk to each other, and even look agitated. Their mouths move, but no intertitles appear on the screen to tell us what they are saying. And another amazing thing happens: when the characters move, the camera moves with them too! Just having the camera follow the characters would have been a groundbreaking move in 1924 by itself, but to tell the story without intertitles (except for a few sly bits of text thrown in for exposition) was a bold, revolutionary experiment. The result is that many scenes have a documentary feel, even as the narrative, that of a broken-down hotel doorman stripped of his uniform and demoted to washroom duty, is painted in broad, melodramatic strokes. 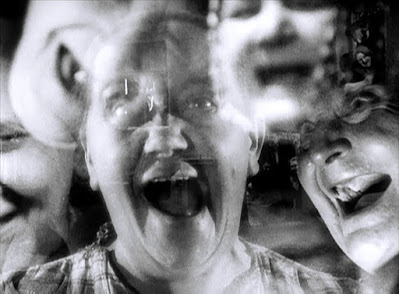 On the other hand, The Last Laugh features spectacular special effects that really put the viewer inside the main character's head - particularly during a drunken sequence that conveys the sensation of intoxication better than any other film I've seen. Of course, the film's most important special effect is Emil Jannings in the role of the pompous old doorman who meets suddenly meets an entirely undignified downfall. It seems that Jannings was born to play pathetic old men, and this might be his most triumphant attempt (see Josef Von Sternberg's The Blue Angel for one of Jannings' great sound era performances). In any case, it's a shame that The Last Laugh isn't at least as well known as Murnau's other films Nosferatu and Sunrise. It's at least as good as those two films - a short but powerful punch to the gut that contains the best of its era's cutting edge technology along with unflinching melodrama that cuts to the core of society's cruelty and cynicism.