There are many kinds of magic. Simple illusions, tricks on a stage, fortune telling by Tarot cards, mystic potions, everyday coincidences, and unexplainable events. Then there are dreams... maybe the most mystifying magic of all. In Celine and Julie Go Boating, Jacques Rivette made the connection between dreams and cinema. Many have made this connection before, but Rivette's concept here is particularly unique. 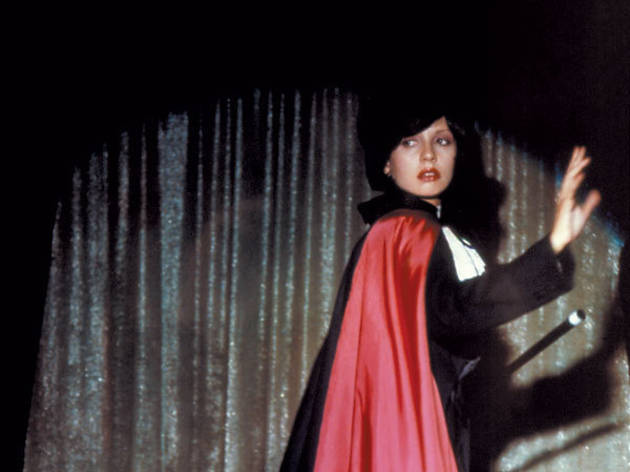 The film begins with an encounter between two women, the titular Celine and Julie, the former a librarian first seeing reading a book entitled "Magic" and the latter a low-rent magician at a sleazy dive bar disguised as a center for the arts. They have a strange attraction to each other and their lives quickly become entangled, the two becoming almost interchangeable. Furthermore, they both seem to have experienced something at a mysterious abandoned house, which neither remembers. At this point, Rivette poses the question: What if we could relive our dreams, study them piece by piece and analyze their meaning? In so doing, what was initially beguiling and incomprehensible might become simple, even logical, and could therefore be overcome. This might sound like psychoanalytic therapy, but viewed today it seems to presage the coming of LaserDiscs, VHS, and DVDs, especially in the way that Celine and Julie play back their haunting visions while commenting and laughing at them like detached spectators. If you break down a film and analyze it, does it lose its magic? And could you ever really understand what it means? Then there's the ending, which poses another question: If you could enter your own dream (or a film), what would it look like? Would anyone notice you? Would you have any effect on the action? These are just some of the questions that Jacques Rivette poses over the course of a 192-minute film that is endlessly fascinating and even riveting. It was my first encounter with a Rivette film - but it was long overdue. You can expect more on this unheralded French master before long.