"If it should happen that I don't see you again, it's been very nice knowing you, Miss Breckenridge."

This should be one of the most famous quotes in movie history. It certainly packs more of a punch than "here's looking at you, kid." Of course, this could only happen if more people had seen Make Way for Tomorrow. But today, as in 1937, downward spiral films don't tend to do well at the box office. They might get good reviews, maybe even win an Oscar, or even one day end up in the top 500 of a 1,000 Greatest Films list, but they're not going to have much replay value on TV or inspire many clicks on Netflix. This probably explains why Make Way for Tomorrow has rarely been available on streaming services, except for occasional appearances on the Criterion Channel. Before it was released by Criterion, it was a mere footnote in film history, seen by only the most diehard of film buffs. 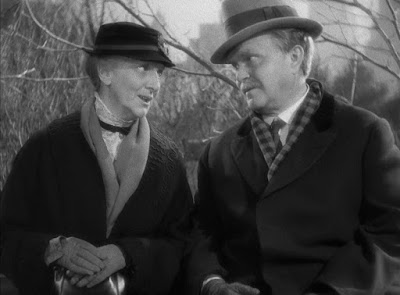 Now it's slightly more seen, but only slightly. After all, I've been working on the 1,000 Greatest Films list for over ten years and never got around to watching it until now. It's hard to sit down on the couch after a hard day at work and be depressed for 90 minutes. It's hard to do it on the weekend too. This is the price that filmmakers pay for being willing to stare reality square in the face. The same year that Leo McCarey made this film, he also made The Awful Truth with Cary Grant and Irene Dunne - a raucous screwball farce that won him a Best Director award at that year's Academy Awards. But there are no stars in Make Way for Tomorrow. In it, we follow two elderly parents who lose their house to the local bank as they are forced to move in with their children. Neither of the children has room to take them together, so they have to separate. Even then, they're a burden to their children, with no visible path to happiness. Slowly, they begin to realize that they'll always be a burden to someone, and things will never be like they once were. 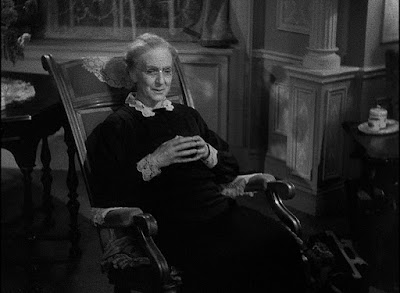 The most recognizable face in Make Way for Tomorrow for most will probably be Thomas Mitchell, the veteran character actor who most notably played Uncle Billy in Frank Capra's It's a Wonderful Life. But the core situation will be painfully recognizable to almost anyone. Parents give everything to raise their children, and then what do they have to show for it? When the parents fall on hard times, or even just want to spend time with their children, they will likely be seen as a burden to the children they worked so hard to raise. Taking an tough and unapologetic stance, McCarey challenges the viewer to consider the situation of Barkley (Victor Moore) and Lucy (Beulah Bondi), the parents whose children are so anxious to get rid of them, as they mournfully accept that their allotment of happiness has simply run out. Is this situation unavoidable? Would we do the same thing if faced with it in our own lives? Why do children see their elderly parents as such a burden? McCarey doesn't answer these questions, nor does he expect the viewer to, but simply invites them to watch the story of Bark and Lucy and consider it for themselves. The lack of sentimentality is part of what makes Make Way for Tomorrow difficult to watch, but also what makes it such a lasting and meaningful film.