Life is a carnival, or so they say. Many of the great European directors born before World War II seem to have been heavily influenced by seeing traveling circuses or carnivals pass through their towns, and in Sawdust and Tinsel, Ingmar Bergman made this influence clear. However, unlike people like Fellini, who used the circus as a metaphor for the rollicking energy and myriad idiosyncracies of everyday life, Bergman's view is predictably more misanthropic. 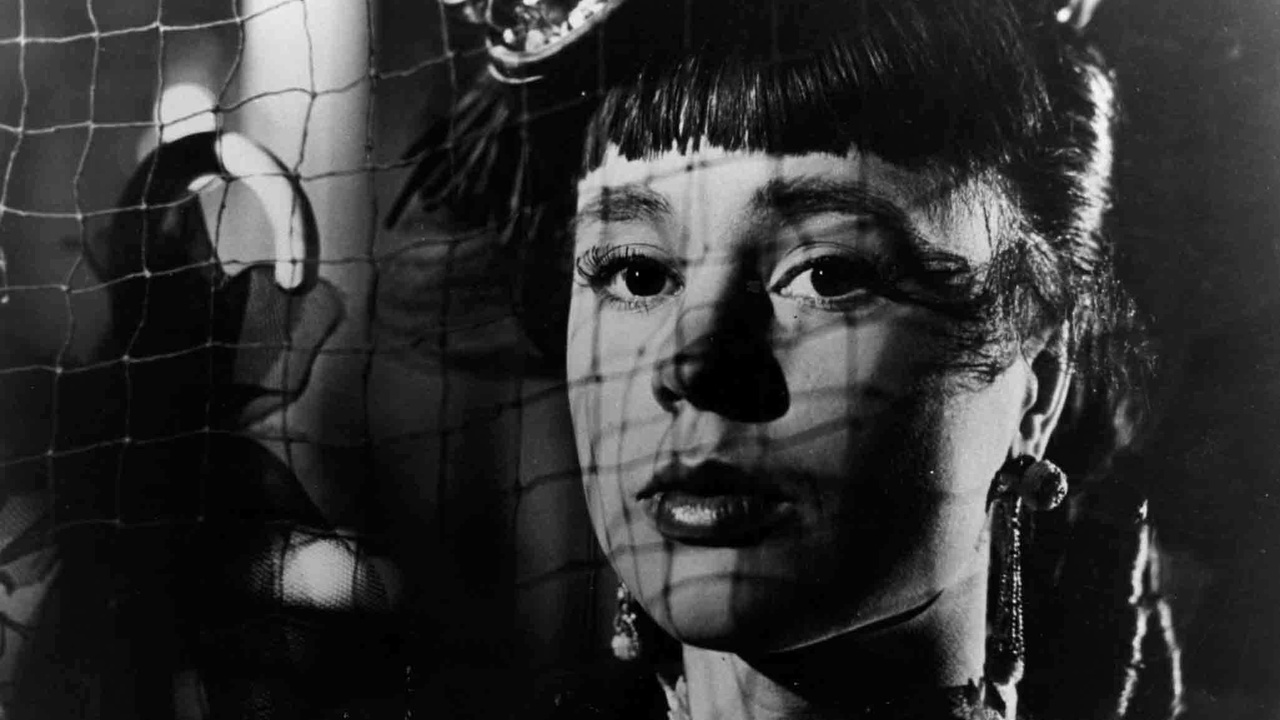 The film follows the breakdown of a relationship between an old, surly circus owner (Åke Grönberg) and a young, beautiful carnival performer (Harriet Andersson), as they experience boredom with circus life and each other. Like many of Bergman's early films, the basic storyline is pure melodrama, but it is used as a springboard for more lofty concerns, particularly the unending drudgery which seems to envelop people in all walks of life. The circus is portrayed as a group of people whose members regularly make fools of themselves in front of uncaring audiences, while living an undignified and unending life on the road. Infidelity is the final straw for a number of film's characters, who find it impossible to cope after losing the one sure thing in their lives. 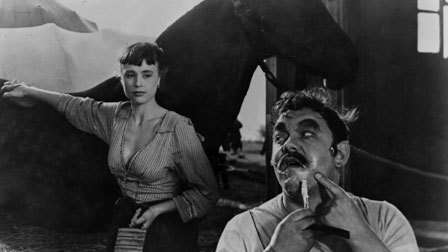 Bergman paints a bleak picture all right, especially with the help of master cinematographer Sven Nykvist, who took over from Bergman's regular collaborator Gunnar Fischer on this film, and would go on to provide the cinematographer for virtually all of Bergman's films from the 1960s onward. The film's look is so different from Bergman's previous film, the Fischer-shot Summer with Monika, that it's hard to believe that the two films were made by the same director, much less in the same year. But while Nykvist may have been the perfect choice to pursue the look that Bergman was after (one that is alternately grotesque, dreamlike, and stark), Sawdust and Tinsel doesn't pack the same dramatic punch that Summer with Monika did. In that film, Bergman was focused on achieving lyrical realism, whereas with this film, he took a sharp turn towards a more abstract and psychological approach. As a result, Sawdust and Tinsel could easily be described as the start of Bergman's mature period - the decade in which he would make his most acclaimed work and become a figurehead of the international art house cinema movement.
Posted by Wise Jake at 7:16 AM