After losing his wife, Sharon Tate, in the grisly Manson Family killings of 1969, Roman Polanski seemed to unravel--his subsequent films becoming progressively darker and filled with brooding anxiety. The Tenant follows this pattern, although it also recalls two earlier Polanski films with which it forms an unofficial “Apartment Trilogy.” In the first, Repulsion, a timid young woman’s apartment is invaded by a man who tries to rape her; in the second, Rosemary’s Baby, a pregnant woman fears that her neighbors are plotting to take her baby away from her. The Tenant, however, deals with a sense of fear which is much more difficult to pin down--not to mention much stranger and disturbing. 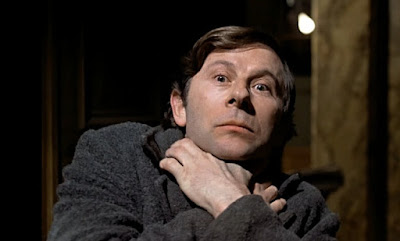 For one thing, rather than having the main character be a woman in peril, Polanski plays the main character himself. His character, Trelkovsky, is a quiet Polish immigrant looking for an apartment. Although the one he has his eyes on was the site of a suicide attempt, the apartment’s owners hardly seem to eager to show the apartment and immediately treat him with suspicion. From here on, the premise starts to get really strange: as soon as Trelkovsky moves into the apartment, people in the neighborhood start informing him of the previous tenant’s habits - a cup of hot chocolate in the morning instead of coffee, Marlboro cigarettes instead of Gauloise Blues, and slippers after 10 pm so as not to disturb the neighbors. He is aggressively encouraged to adopt these habits of his own, gradually causing him to feel that his identity is being threatened. 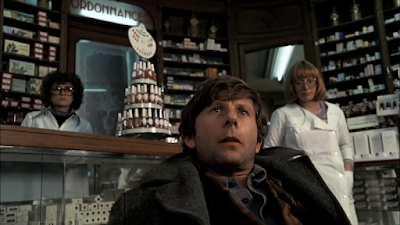 But what exactly is the source of this anxiety? As a Polish immigrant himself, who had lived in both America and France, Polanski would certainly have understood the feeling of being an outsider in a foreign identity - with one’s reputation always one step away from investigation and suspicion. But the idea of forcing someone to become a different person is another question entirely. One answer is that a death leaves a void which those left behind feel compelled to fill in some way. A look at Polanski’s personal life might suggest that the experience of losing his wife made him want to fill the void that she left behind. 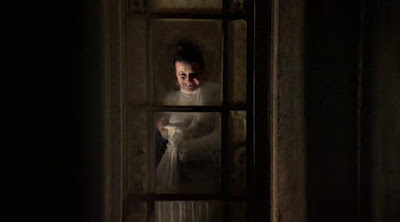 That the dialogue is spoken in English, despite being set in Paris, only accentuates the film’s undefinable sense of discord. The effect is disorienting - the street signs and storefronts are all in French, but the actors all sound like Americans. All, that is, except for Trelkovsky and one of his fellow tenants, a woman with a Eastern European accent and a disabled daughter. At one point, we see the woman and her daughter forced to don robes and masks as the neighbors violently prod them in the street like animals. 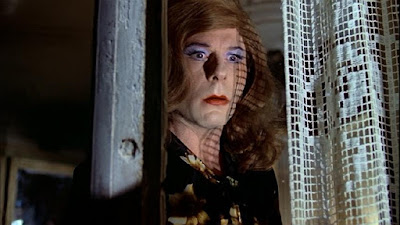 It’s impossible to see this and not think of the Holocaust, medieval witch hunts, or other such atrocities. But like many other scenes throughout the film, the simple sense of uncomfortable uncanniness overwhelms any literal analysis. For example, when Trelkovsky begins dressing in drag in his belief that he is “becoming” the former tenant of his apartment, it’s not the effect of seeing Polanski in women’s clothing that’s so disquieting, it’s that he seems to fit so well among the intricately designed sets and really become another character. And the moment when he examines himself in the mirror and whispers with palpable dread, “I think I’m pregnant,” is like no other in the history of cinema.