Nostalgia for the Light (2010, Patricio Guzmán)

"The only present that might exist is the one in my mind. It's the closest we come to the absolute present."
If asked to categorize Patricio Guzmán's Nostalgia for the Light, most would call it a documentary. Even so, it might be best categorized as a subjective documentary, a work in which the filmmaker makes connections between events that are then brought together to form a new expression of ideas. In this case, Guzmán brings together the concepts of astronomy and archaeology. Both are studied in Chile's arid Atacama Desert, where the sky is more clearly visible than anywhere else in the world and the remains of humans from over 10,000 years prior remain perfectly preserved. This makes it a paradise for both astronomers and archaeologists from all over the world who hope to study the past - both distant and not-so-distant. 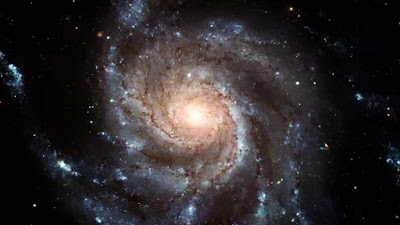 As numerous experts tell us in the film's opening section, both astronomy and archaeology are gateways to the past. But Guzmán, the director of The Battle of Chile, a three-part chronicle of the 1973 military coup d'etat against the Marxist government, has more than astronomy and archaeology on his mind. His primary concern is the paradox that Chilean society embraces the study of the distant past in the Atacama Desert, but reviles the study of much more recent history in the same location. This vast desert was the site of numerous concentration camps during the 1970s period of military dictatorship in Chile, with many political prisoners eventually killed and buried in mass graves in the desert. When the wives and mothers of the victims started banding together and combing through the desert for bodies, the military dug up the bodies in bulk and (supposedly) buried them at sea. But despite the military's efforts, a small group of women remains dedicated to scouring the desert for whatever remains are left. 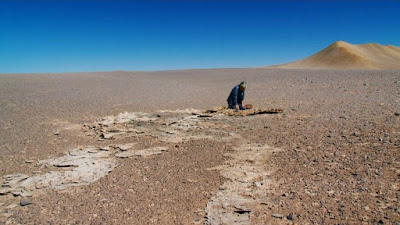 Guzmán achieves a delicate balance between his two topics, revealing how a number of the victims' children have become prominent astronomers. Clearly, he is not the only one who sees a connection between searching for humanity's origins in the stars and searching for closure in the sand. He combines a small, carefully-selected base of interviews with sublime juxtapositions of celestial imagery and haunting views of the desert to drive his immensely profound ideas home in the most simple terms possible. There are few political assertions made here. Rather, Guzmán urges us to examine the painful events in our collective past. Why do we gaze endlessly at the stars for hints of the world's prehistoric beginnings, but avoid examining what happened in our own country's recent history because "it's in the past"? No matter how painful this recent history might be, summoning up the courage to face it clears the air and benefits everyone - regardless of where they might fall on the political spectrum. This is Guzmán's simple plea to Chile and the world - and Nostalgia for the Light is his stunningly concise and effective vehicle for expressing it.