I haven't seen that many Iranian films, except for a few by Abbas Kiarostami and Forugh Farrokzhad's haunting 1963 short The House is Black. So you could definitely say that I'm a neophyte when it comes to films from Iran and the Middle East in general. One thing immediately stands out about A Separation though. Winning the Best Foreign Language Film at the Oscars is certainly nothing to scoff at, but from my perspective, there's something more impressive about it. Despite being released less than 10 years ago, it's already moved into the top half of the 1,000 Greatest Films. For perspective, the only American film on the list from the past decade is Terrence Malick's The Tree of Life, also released in 2011. The next most recent film that I've covered on this blog is 2005's Brokeback Mountain. For a film from a country with only seven other films on the TSPDT list, that's quite an amazing achievement. 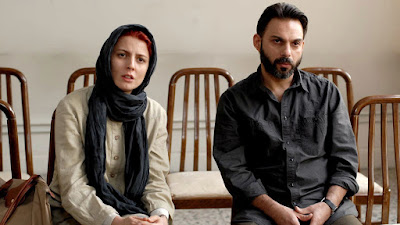 With this in mind, I came into A Separation with high expectations, and I was not disappointed. As the title suggests, it deals with a couple's separation, but only as a starting point. Failing to get a divorce from a judge (who demands a proper reason), Nader (Peyman Moaadi) and his wife Simin (Leila Hatami) separate temporarily, with Simin going to her mother's until a more permanent decision can be reached. Nader is left alone with his school-age daughter and ailing father, who needs full-time care. His father suffers an accident when left alone with the pregnant housekeeper Nader hired to take care of her. After a violent outburst, he pushes the housekeeper out the door and causes her to have a miscarriage - setting into a motion a long and laborious legal process which traumatizes all involved and threatens to send Nader to jail for murder. 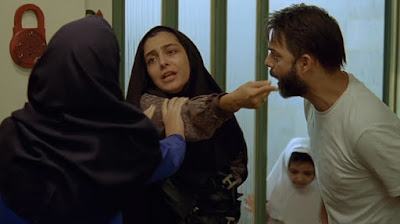 Despite the flawlessly executed plot turns and tense pacing, A Separation is less concerned with the outcome of these labyrinthine narrative developments than it is with the interactions between the characters. Although the housekeeper (Sareh Bayat) and her short-tempered husband (Shahab Hosseini) drive the story forward by accusing Nader of murder, the more threatening the accusations become, the more tensions build up between Nader and his family. As I became drawn into the family's drama, I was continually reminded of Krzysztof Kieslowski's Dekalog, with its gripping depictions of intimate moral dilemmas. The tensions between Nader and his family are more compelling than the legal crisis that inspires them because they put his morality up for debate. When his own wife and daughter doubt his innocence, Nader is all the more determined to prove them wrong, as well as proving to himself that he did nothing wrong. 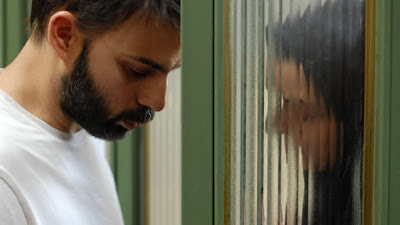 This innate human urge to exonerate ourselves of wrongdoing is the central tenet that A Separation is built around, but this idea takes its time to emerge, developing gradually and subtly as the drama unfolds. The narrative is so tightly constructed that its complexities are easy to grasp; each moment brings a new realization and adds another layer to the situation at hand that we hadn't noticed before. Of course, without great actors, a story this complicated wouldn't come together as well as it does. As Nader, Moaadi portrays a tormented character whose sensitivity and pride are both concealed by his cool demeanor. Leila Hatami keeps the film grounded with her fiery presence and stunning beauty, portraying a strong and self-confident woman determined to weather a difficult situation in her own way. As the couple's silently suffering daughter, Sarina Farhadi conveys a broad range of emotions that makes the family's dilemma all the more heartbreaking. When the film comes to a close, the crisis that begins the film has been brought full circle - having brought the vast consequences that a family's separation can have on its members into painfully clear focus. Forget what the judge says in the film's opening sequence, in no way is it ever a "small problem."